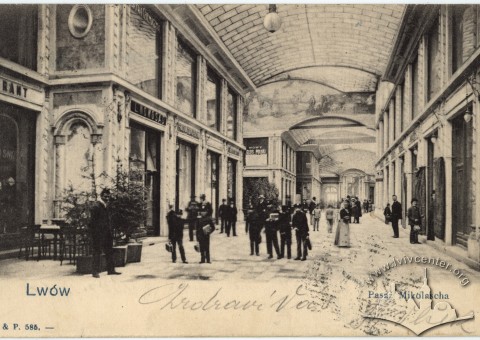 When the war started, governments of European countries took pains to restrict consumption of alcohol among civil residents. Most radical steps in fighting alcohol abuse were taken by the Russian Empire. In August 1914 Tsar Nicholas ІІ issued a ukase prohibiting to produce and sell horilka. It was allowed to buy vine exceptionally for medical purposes or for religious rituals, however, the seller was to have a special certificate. Disobedience was to be punished by arrest and fine. In September 1914 the effect of that ukase became also valid for Lviv that was a part of the occupied territories, and that led to a lot of trouble for law-enforcers. The rumours around the city told about the robbery of horilka warehouses and cellars, there were some notices about secret alcohol arrangements and complaints against poor quality of alcohol.
Anti-alcohol campaign in Lviv did not stop even when the Austrian authorities regained control over the city. The sale of horilka in Lviv bars was prohibited again, while the sale of beer was considerably restricted. The city authorities were fighting against fraud, and demanded from owners of institutions to clearly indicate in the local language and in German the brand of beer and its price per litre. Most frequently local beer brands were sold: Lvivske, Okotsimske, Zhyvetske, Tarnovske and Buske as well as light and dark beer brought from Hungary, Lower Austria, Czechia and Moravia. One could drink beer in Lviv from 7 to 10 p.m. on weekdays and from 4 to 10 p.m. on holidays. One was allowed to take half a litre of beer in any premises, and in the street one could take a litre. The restaurant-keepers who ignored the order were under the threat of paying a fine or being arrested for 6 months.
In Austro-Hungary in the war period even such drink, that was seemingly safe in all respects, as white coffee, presented some problems. Due to lack of dairy products in Vienna cafes after lunch milk could not be sold to coffee and chocolate. Some visitors sometimes brought milk with them and poured it to black coffee on their own. The offenders were detected and severely punished. In Lviv there was not only lack of milk, but also lack of good coffee. In February 1915 the police detained a well-known Lviv businessman Karol Chudzak, owner of “Mercury” bakery who was suspected of fraud with a large reserve of coffee. In 1917 coffee appeared on the shop shelves less and less frequently, and residents had to do with the so- called “mixture” – a surrogate made of chiccory with a small per cent of real coffee. 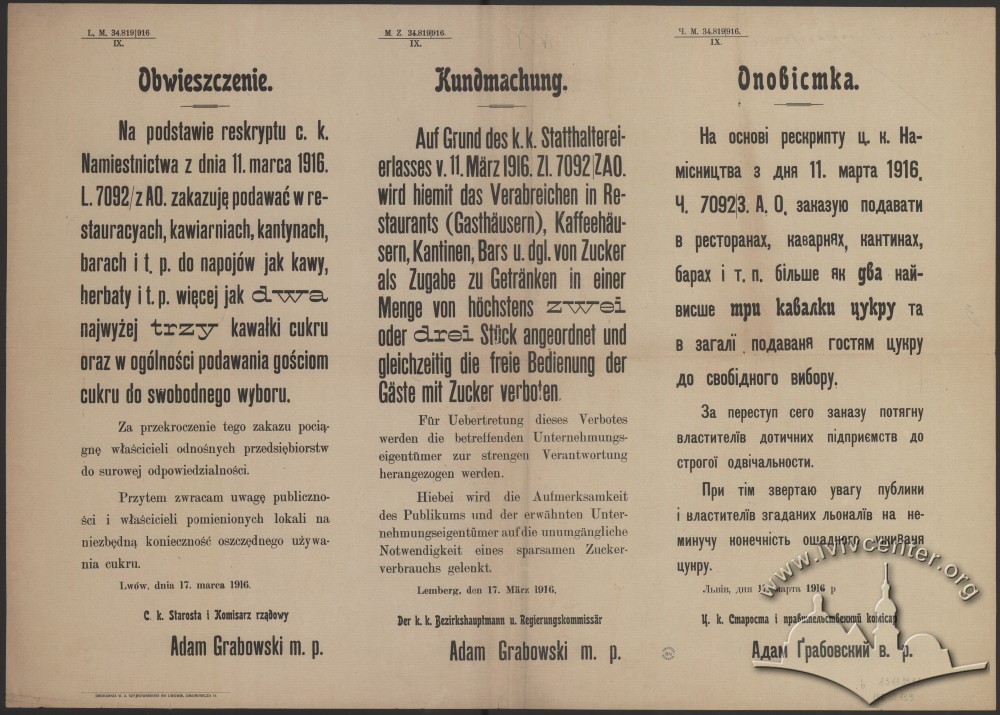 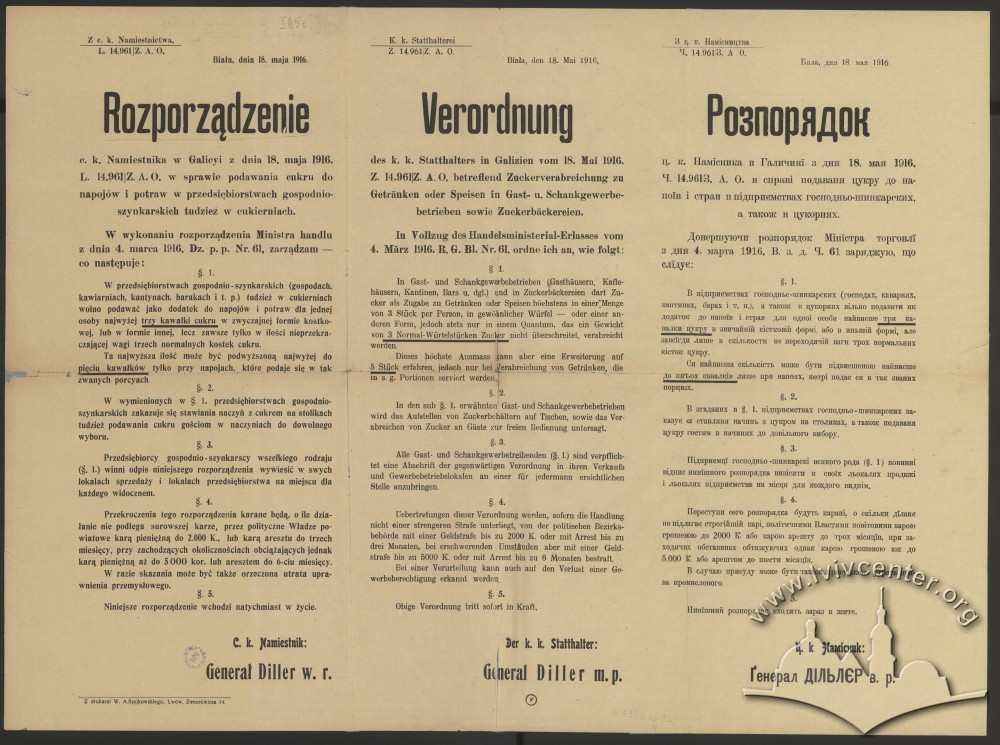 On wine trade. Galician Commander-in-Chief Governor-General has announced to all Galician Governors, heads of counties outside the province and Lviv city municipality, that by the decree of Army Chief of Logistics, wine may be dispensed for therapeutic use only and wine for ritual purposes will be supplied on behalf of priests confirmed by deans. Raisin and grape wine for the Passover Seder can be sold with rabbinic permission with rabbis bearing full responsibility and with expectation of no more than one bottle to adults aged 30 and over. Rabbis’ permission to purchase wine has to be confirmed by a stamp. 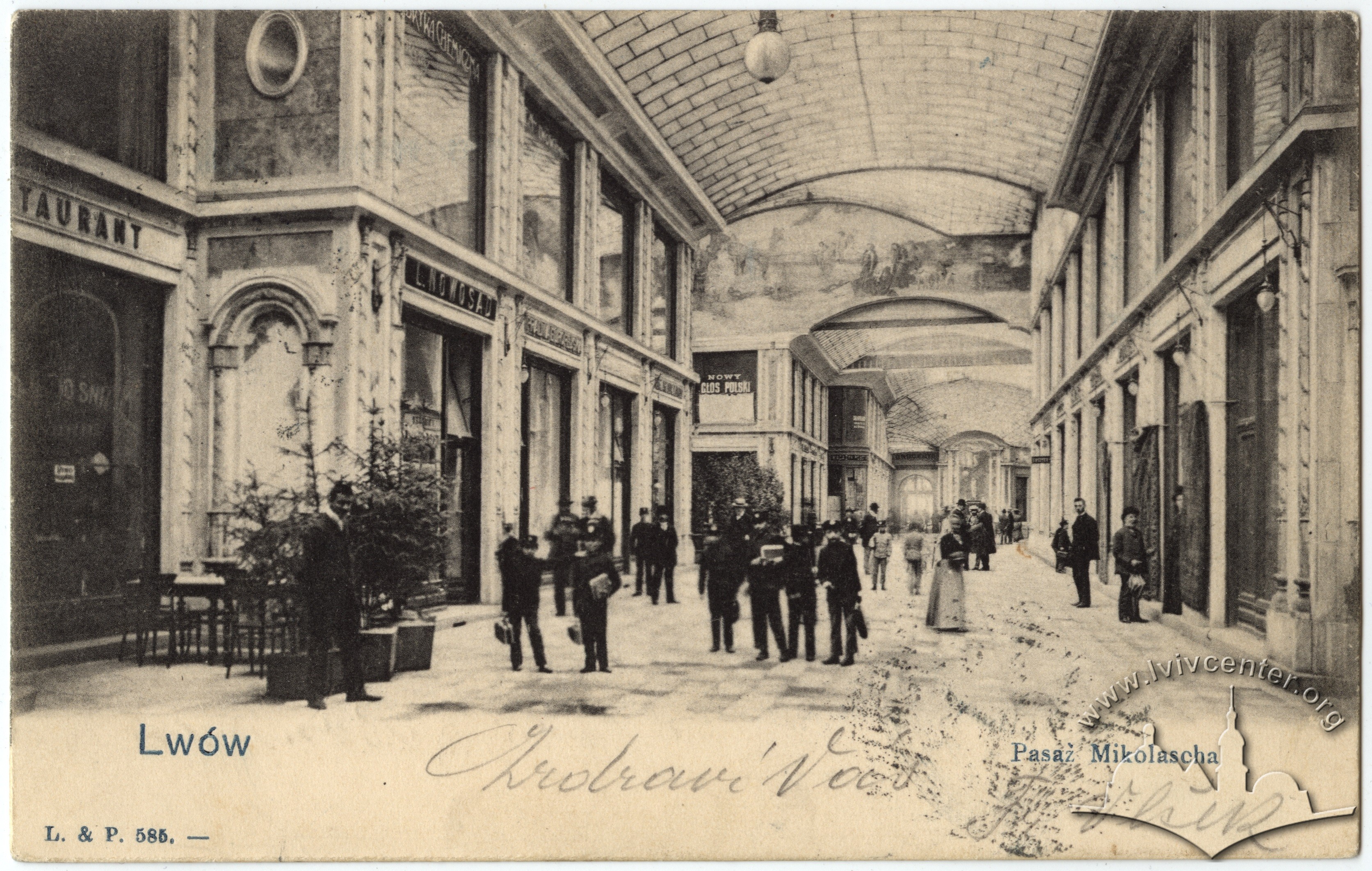 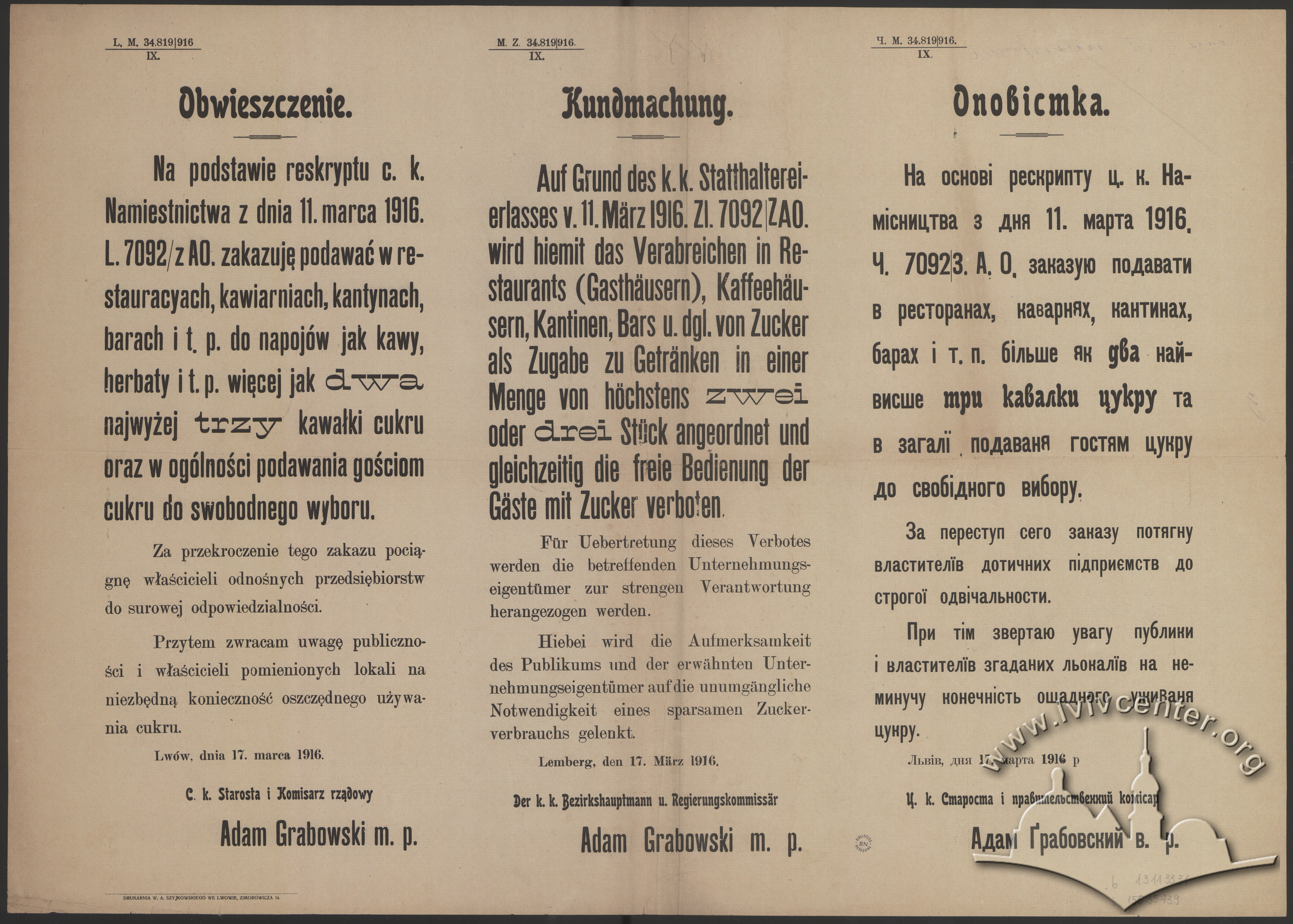 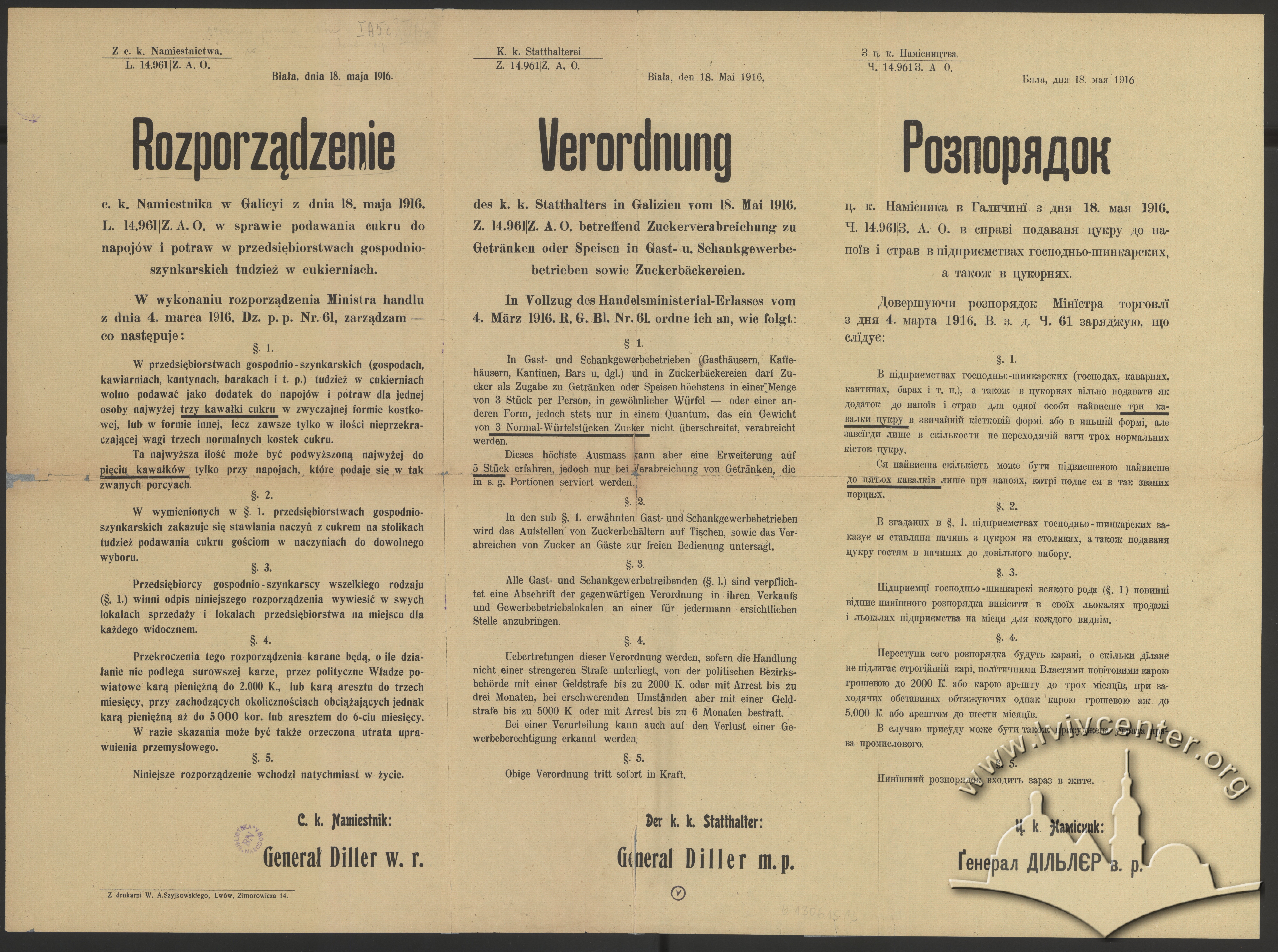