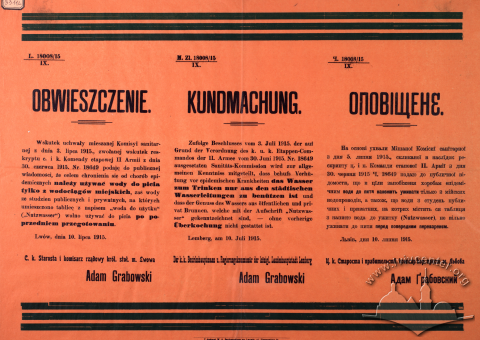 Due to a serious lack of energy resources in Lviv during the war life in the city died out already at 10 p.m.: trams stopped at that time, lighting went out even in the central streets of the city. Chaos in the work of utilities and permanent large flows of people going through Lviv — refugees, captives and wounded, among whom there were many contagious patients, led to a catastrophic sanitary condition in the city. In the streets there accumulated heaps of litter and sewage, that creating conditions for infection spread. The authorities urged Lvivites to clean their houses and toilets. In particular, that referred to suburban areas and densely populated city areas.
One of the reasons for everyday dirt in Lviv streets was limited access of residents to water. Lvivites were prohibited to take water from the city pipeline for washing their yards and pavements and for rinsing the road on hot days. For such purposes it was necessary to use water from ponds, wells or to take rain water. The city pipeline stopped working at 9 p.m., that posing a serious threat in case of fire in the institutions collecting many people. There was shortage of drinkable water in Lviv, therefore, owners of private wells were forced to give water for general use. Available water was of poor quality — wells contained rubbish and had a bad smell. During epidemics many wells had to be closed, and doctors recommended to boil water before use . 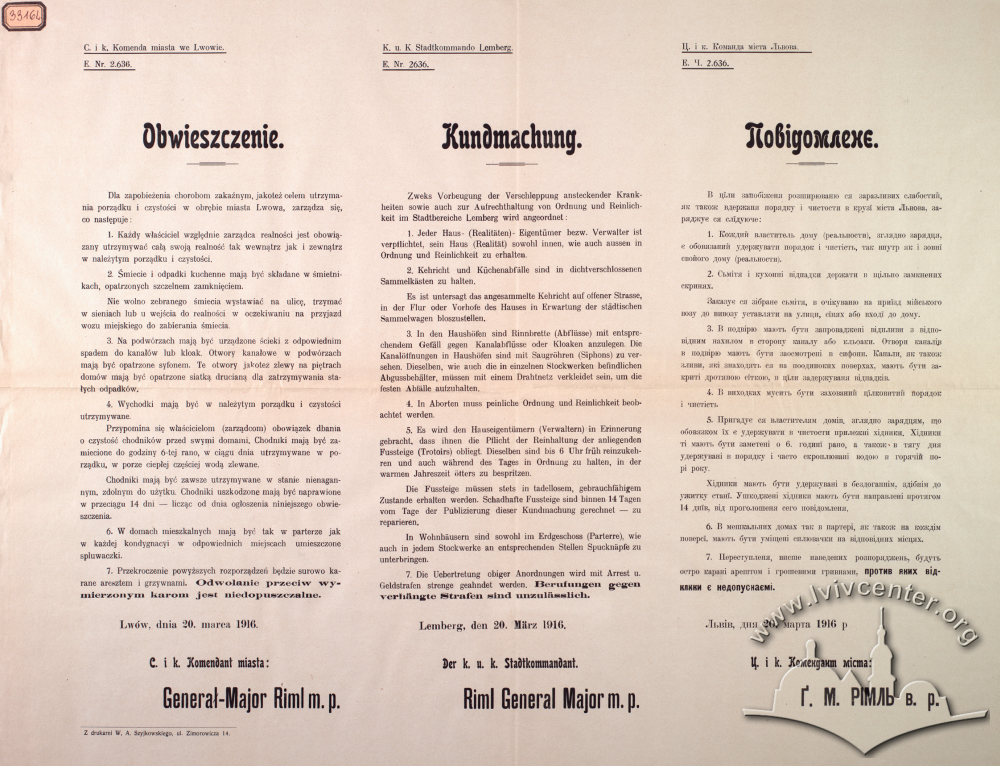 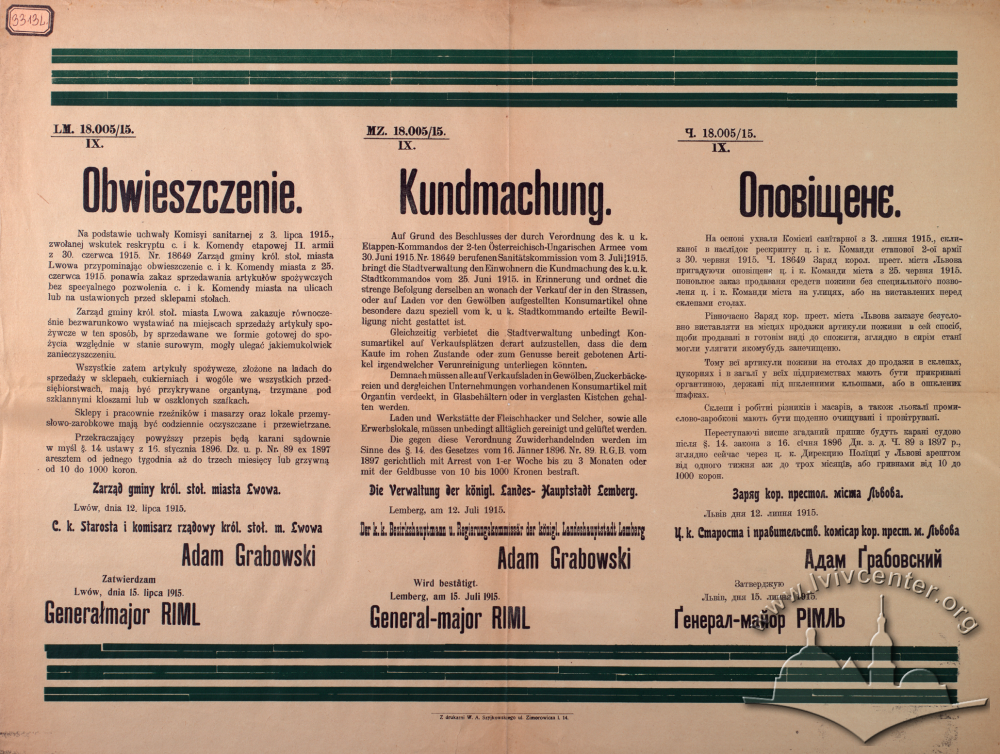 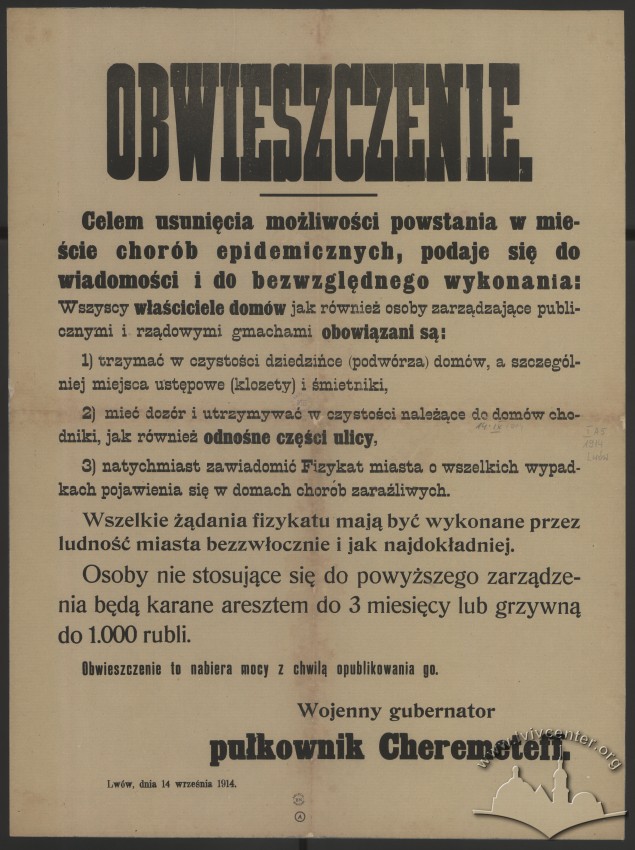 Friday, September 4, [1914]. Desert-like silence reigns around. It looks as if the city was dead. Along the 1.8-mile-long road to Rynek Square we met only one policeman with a carbine slung over his shoulder, and then we saw a local ‘wanderer’, who was guided out of the city through the back streets. The long and wide road looks like a stable filled with trampled straw, horse and cow dung that pollutes the air with toxic emissions. 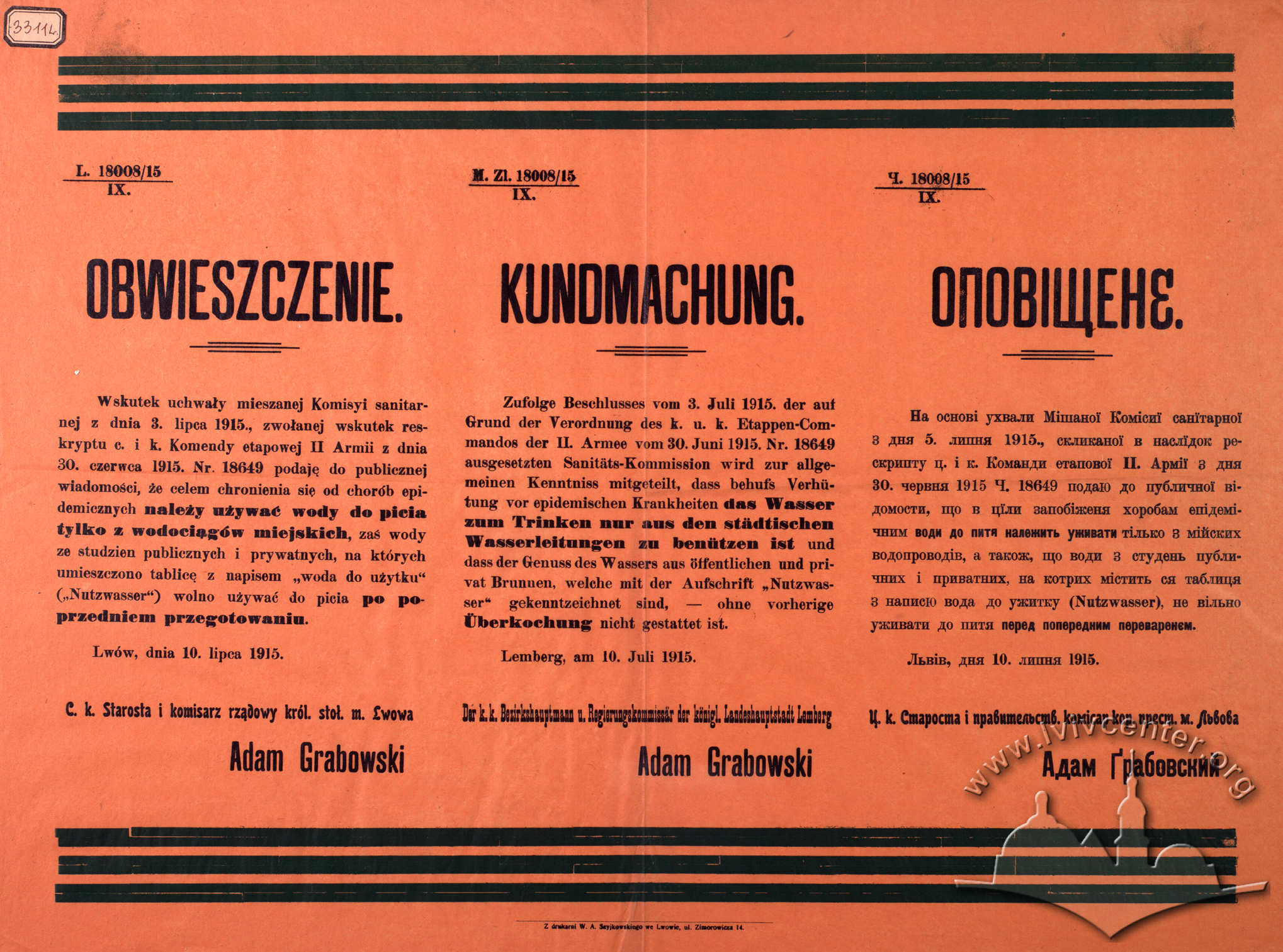 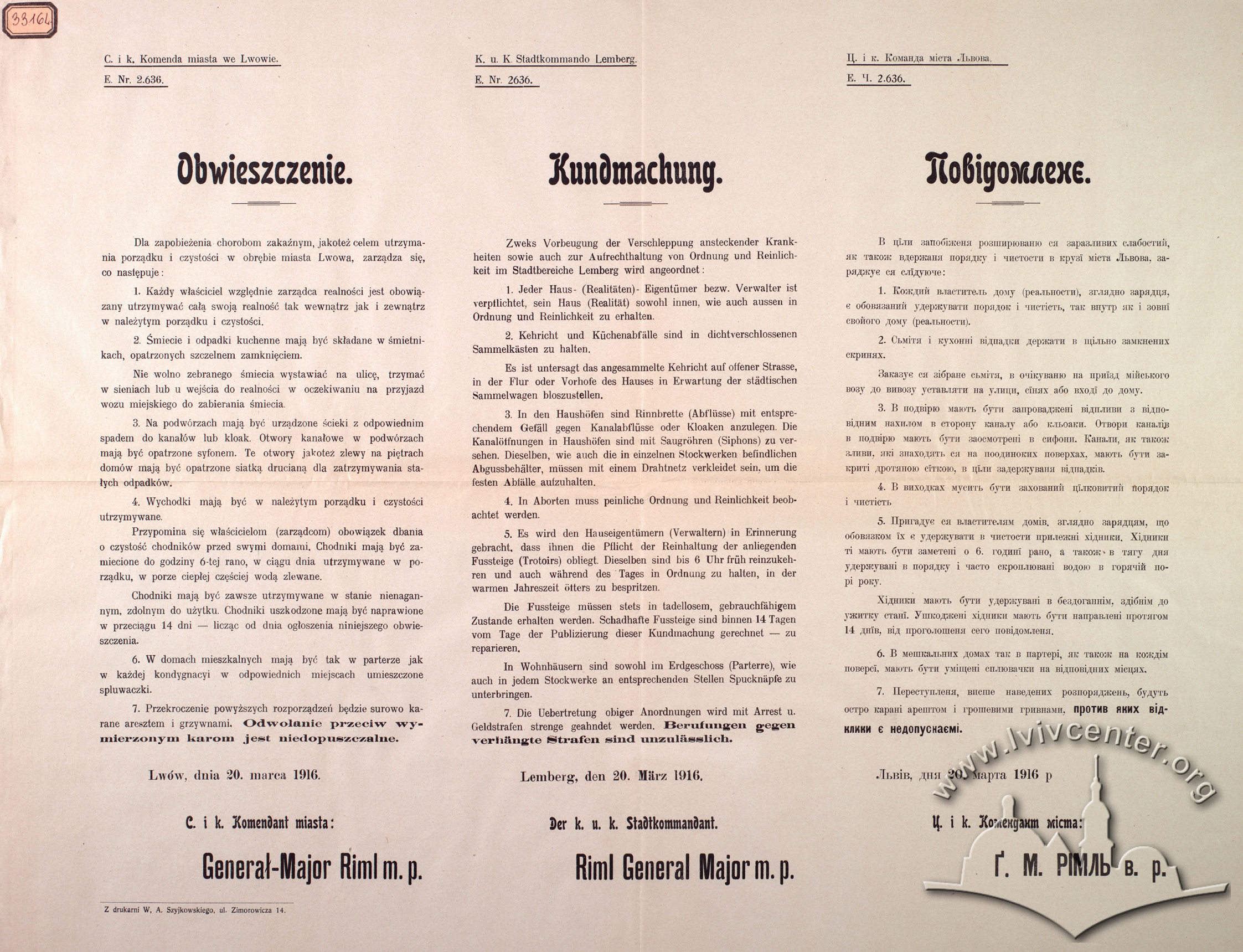 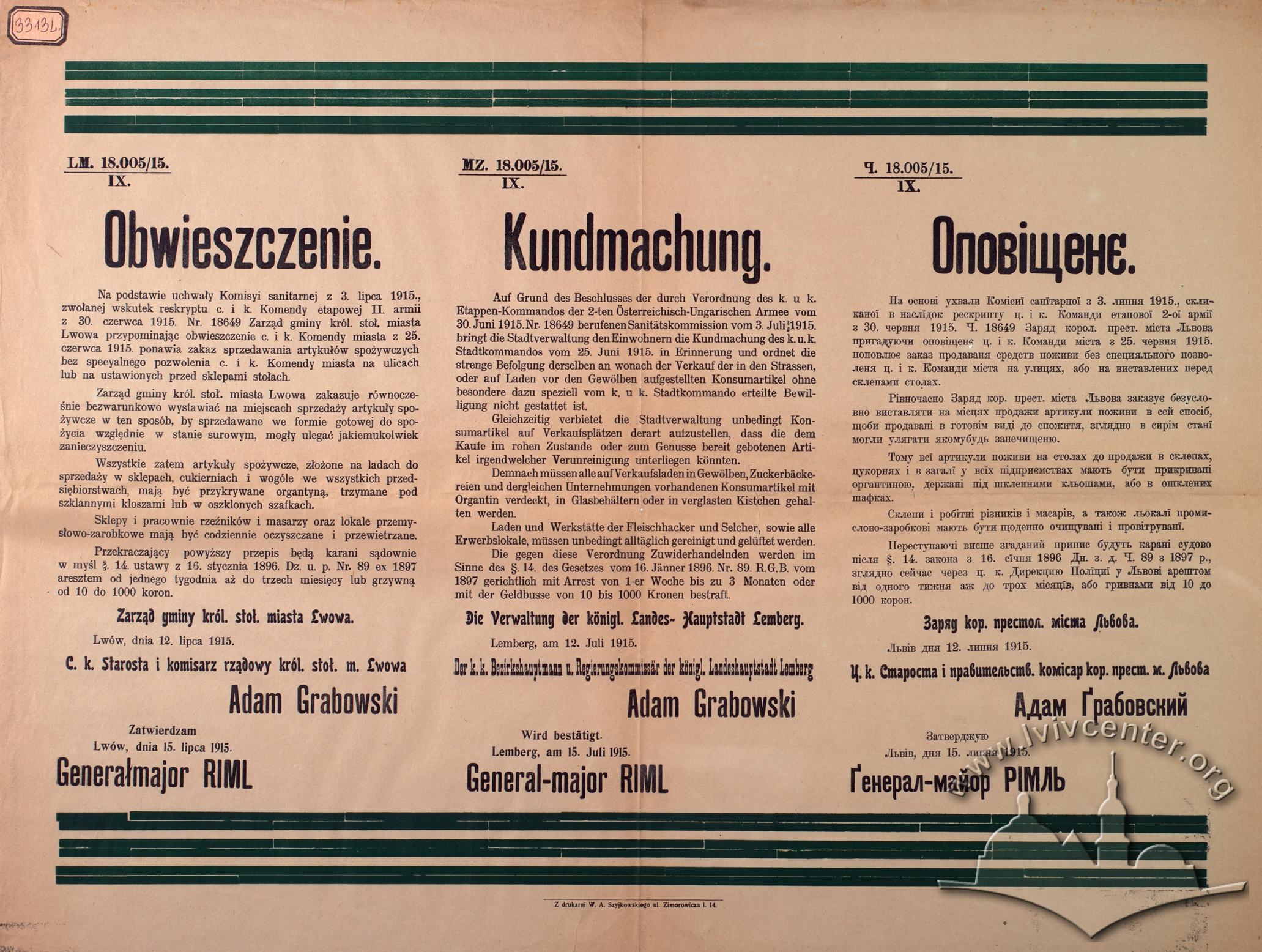 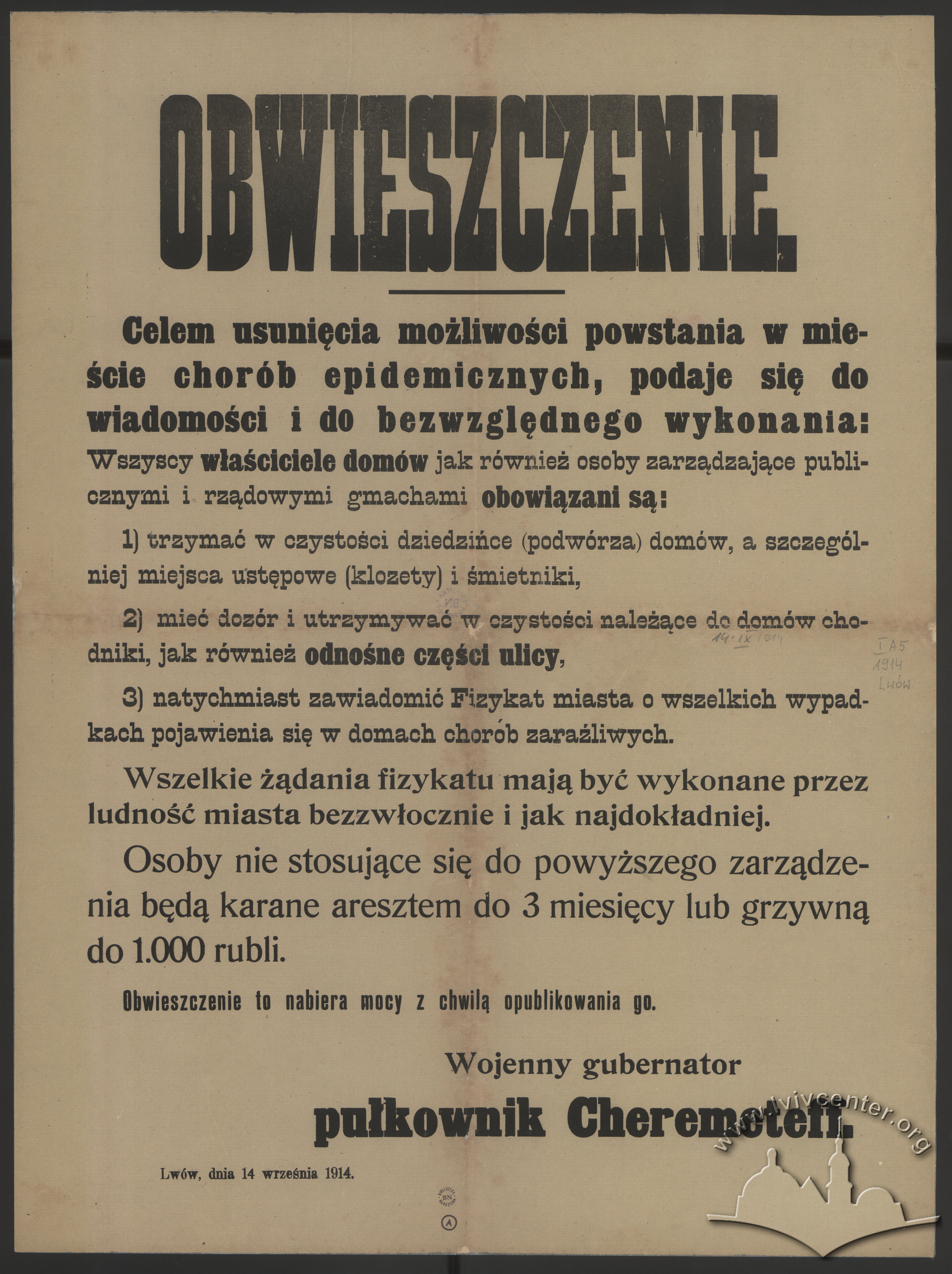